David A. McCoy is largely responsible for the things that have been accomplished during the 21st century at Peoples Baptist Church, and he was the first to give credit to the Lord, where it is due. He came to Peoples Baptist Church as the youth pastor in 1981, his senior year in college, under the ministry of Dr. Charles Wright. Dr. McCoy had spent all of his life in a pastor’s home and had always had a heart for God. While attending college at Baptist University of America on a football scholarship, he was able to sit under the strong preaching of great men of God in the 70's and early 80's, such as Dr. Curtis Hutson and Dr. Cecil Hodges, and many others. It was there that the Lord called him to preach at the age of 20. He graduated from college in May of 1982 and married his sweetheart, Trish Rushing, just one month later. 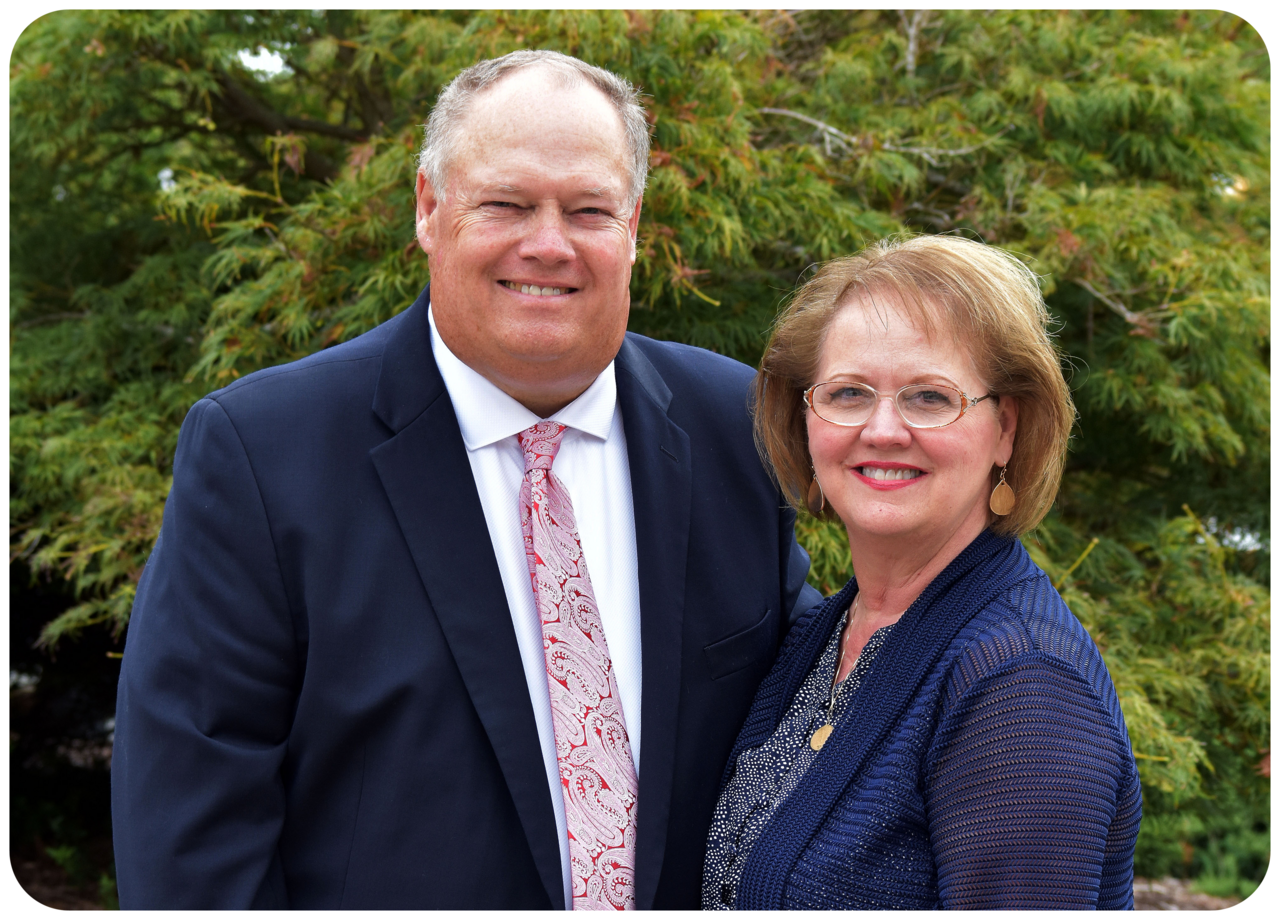 During the three years that they dated, they sensed that God had a purpose for their lives, and they were both committed to do His will, and they were excited to be doing it together. Their life's verse became, "O magnify the Lord with me, and let us exalt his name together" (Psalm 34:3). After serving as youth pastor and then associate pastor, the church called him as pastor in 1993.
The church was then located on 20 acres in Morrow, Georgia. Together they founded the Christian school, Peoples Baptist Academy, in 1995, meeting the need of not only their two daughters, Meredith and Monica, but many other church and community families as well. At the turn of the century, when the church and school needed room to expand, the church relocated to Mill Road in Henry County, where the church had already purchased 117 acres. Together, they designed and supervised the building of a new sanctuary, school facilities, gymnasium, and fellowship hall.
Dr. McCoy was in great demand as a youth speaker and revival preacher until, in September of 2021, God called him home. We know Heaven gained a choice servant of God. He had spent 40 years of his life at Peoples Baptist Church. He lived what he preached, and he loved God, loved life, and loved people. His life's motto was, "It pays to serve God" from his favorite verse, Psalm 84:11. "For the Lord God is a sun and shield: the Lord will give grace and glory: no good thing will he withhold from that that walk uprightly." When someone asked what he thought about the Lord allowing him to have multiple sclerosis and then leukemia, he said, "It still pays to serve God."

"Preacher," as he was affectionately called, has left a legacy. His family--Trish, Meredith, Monica, Seth--and three grandchildren--Aven, Julie, and Cade--say they are privileged to continue to serve under Dr. Thomas Satterfield's leadership, working with him to help accomplish what was in Dr. McCoy's heart to do.